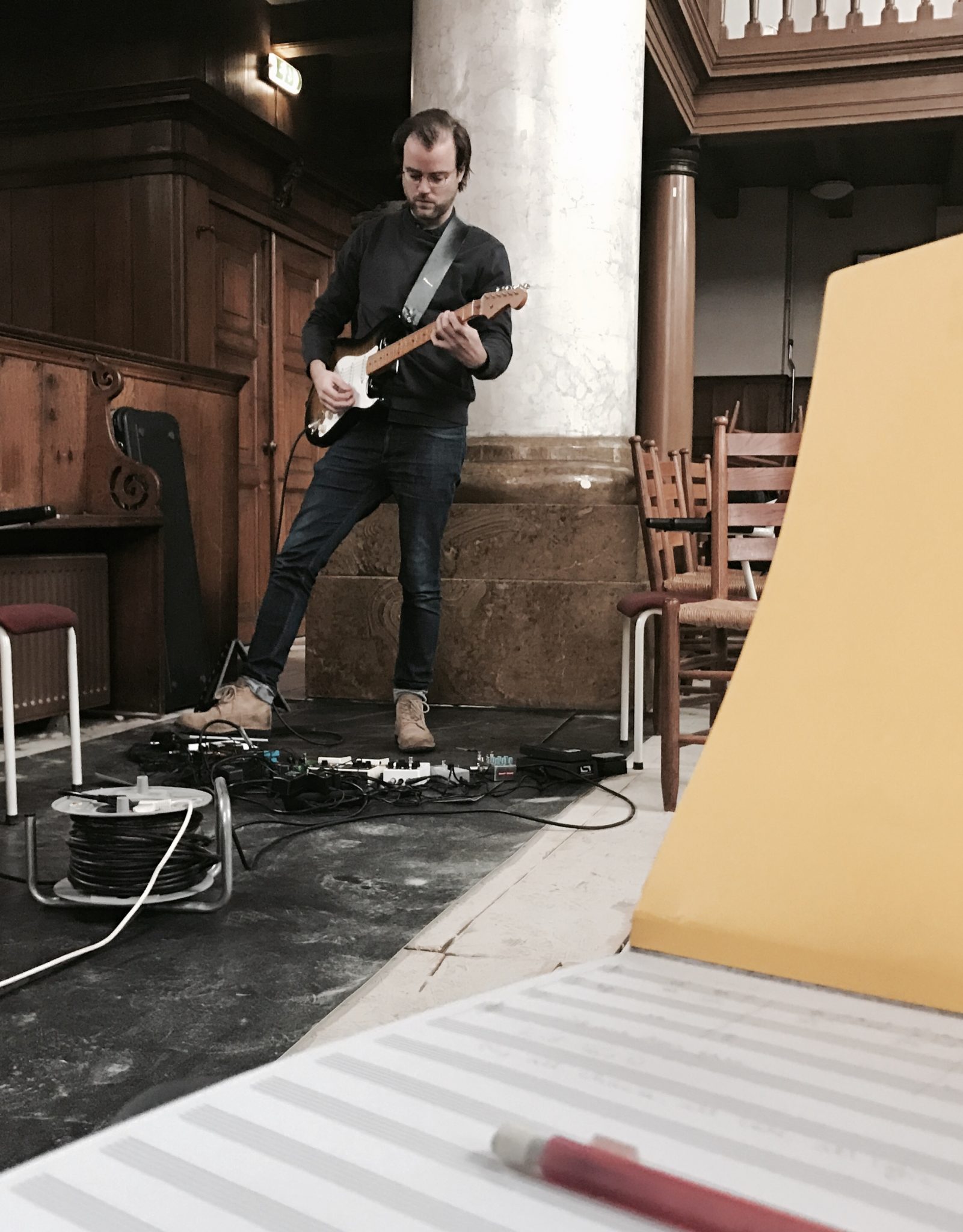 For the first time ever, I’m being paid to compose.

Sort of. I was offered a project as a “maker” with an experimental music theater company I’ve worked with several times. It’s a collaboration with a guitarist, and the assignment is to create a ten-minute theatrical piece on the theme of Tristan and Isolde (several other teams are also working on the same prompt). That’s it. Those are the guidelines.

When I got the offer, my feelings were equally split between excitement and apprehension. Did they know that I hadn’t tried to compose anything seriously in many, many years? Did they have any idea that I had ever thought of composing at all? If not, what kind of contribution was I expected to make, as “just” a singer? What would I expect of myself? What kind of angle could I find in such an open prompt? What if I couldn’t think of anything? What if what I think of, and create, isn’t good?

But I’ve gotten pretty good at putting my (creative) fears into an unobtrusive corner of my brain and letting the active bit take over.* I started reading, of course, getting myself back into the legend, and listened to my instincts. What about the story is compelling to me? What interested my colleague? We batted around a couple of thematic and practical ideas (hazel and honeysuckle, virtual reality) and agreed to give it a try. We’ve now put in some solid work together, and we’ve written ~ten minutes’ worth of musical material that–can I say this?–I love. All our original ideas are gone and have been replaced by more developed and interesting ideas.

And it wasn’t hard–at least, it wasn’t existentially hard. It still took (and will continue to take) work, but I’m not doubting myself, I’m just doing it, and I’m trusting someone else to do the same. Yesterday was our first run-through for someone else–a vulnerable thing. He actually didn’t comment on the music very much but instantly began to talk staging, vocal production, acoustics, physicality, dramaturgy–which we’re still slowly considering. I walked to the train afterwards confused, elated, a little lost, with a very full head.

Ten minutes, though a short time in absolutes, is a long time to ask an audience to pay attention to something. I’m amazed how free my brain feels when I let it explore intentionality for ten or twenty minutes at an uninterrupted stretch, but ultimately, we’ll need to compile all this work into a very deliberately sequenced journey for the audience and ourselves. Even this early in the process, I’m newly in awe of everything theater touches: music, writing, text, storytelling, intention, movement, light/darkness, silence, space. I’m both fearful and excited for the result. If you’re in Amsterdam on March 31 or Zwolle on April 22, come check it out.

*Like that time this year that I agreed to be naked on stage for the first time. That’s not just a creative fear, that’s a whole lot of fears bundled together into one ask. I found that somehow, making it into a creative question (what purpose does it serve? how does it contribute to the storytelling? do I trust the team and the director? do I trust the likely audience?) rather than a personal question (how comfortable am I in my body right now?) made it possible to say yes, almost without hesitation. A lot of fear came after I had said yes, but in the end, it, um, actually wasn’t that big a deal. Heyyyy body positivity, or at least temporary acceptance!