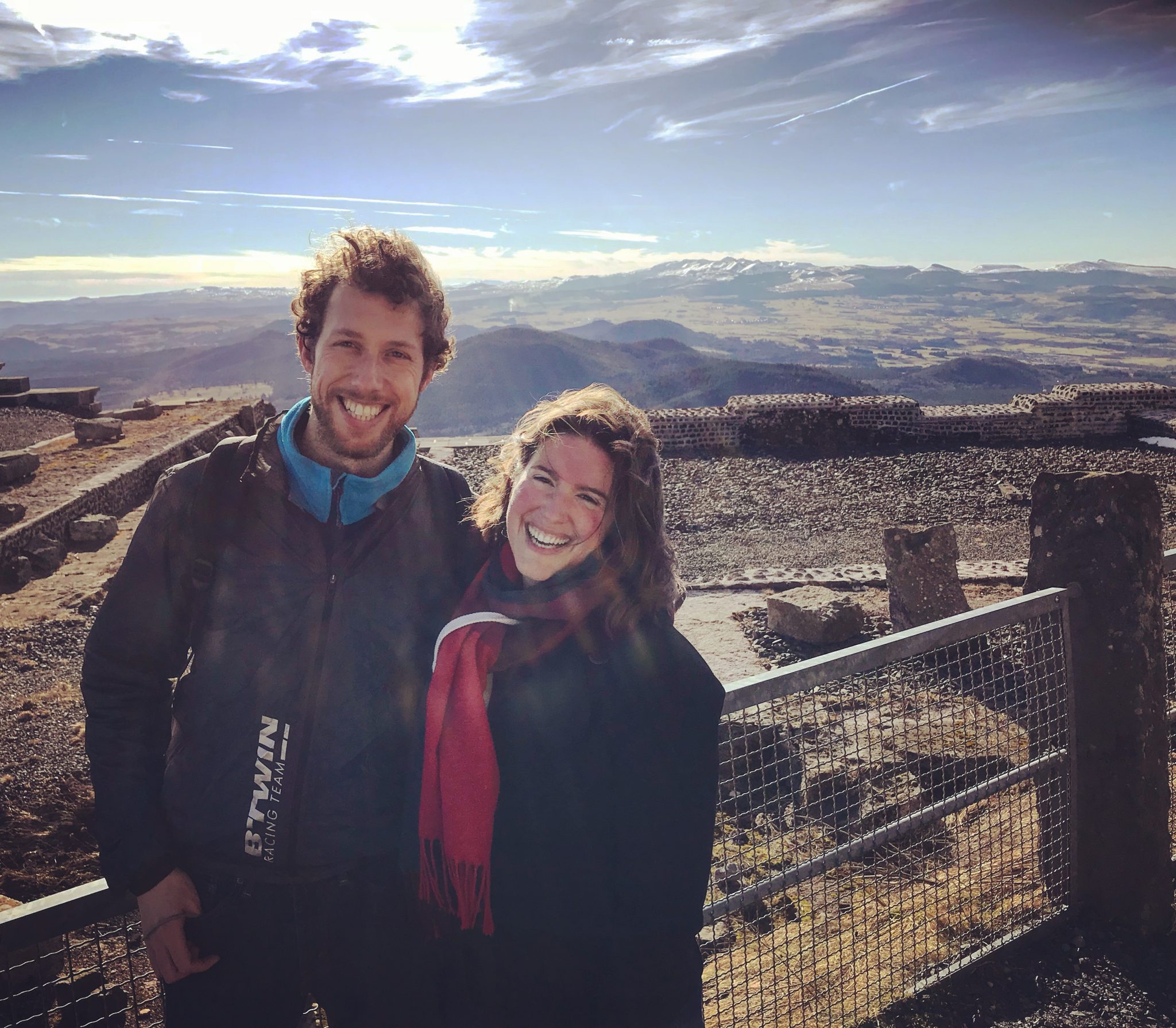 in which my brain bids 2018 a relieved goodbye

It’s been a hard one for many of us. For me and my work, there have been moments of almost unbearable intensity, both good and bad, and stretches that were entirely business-as-usual. Typically, the latter periods bring stability and groundedness, but sometimes this year they did the opposite, which was to wind me up so much with feelings of banality and wheel-spinning that I occasionally wanted to quit everything and hide under the bedcovers for a month or two and emerge only when I had cried out all the feelings and knew what I wanted—which, needless to say, never happened; so I kept going, didn’t quit, cried on the train sometimes, and always did my job creditably, I think, even when I was seething inside. Finally, I’ve had a week or two over the holidays to hide out in the house and truly rest, taking a real break from work for the first time in a year or more—knitting, watching movies, listening to podcasts, cooking, enjoying the company of a few close people, and finally, remarkably, enjoying my own company—and that, simply, turns out to have been the main thing I needed. I’ve been sleeping through the nights instead of awake for hours with anxiety or disorientation. Early this morning, I excitedly texted a menu idea to a friend with whom I’m celebrating tonight, and got back the following response: “I’m glad that after having a turbulent year, the thing you’re thinking about lying awake at night is food and friends.”

A year ago today, the above photo was taken in France. I was a few weeks into the life-changing time in Clermont-Ferrand, the production that has most defined the year for me and shown me the direction I want to go. (Even though I don’t completely know what I want, I’ve learned that I want at least this: doing a lower volume of work at a higher level, not burning out, and being paid better for higher-quality preparation.) The photo looks idyllic, doesn’t it? It was a gorgeous, sunny New Year’s Eve with recent snow, my husband was visiting, and a generous member of the opera chorus took us up to hike the Puy de Dome. It was spectacular. When the photo popped back into my feed this morning, my first feeling was nostalgia for that moment, for those weeks. It seemed like a simpler, less confusing time.

But then I began to remember some of the feelings from that time that I’d forgotten about, or pushed away.

I had been sick for two weeks in Clermont-Ferrand with the worst cold I’d had in years. Before the start of this production of Entführung, I had of course prepared as well as I knew how, but with the illness limiting the work I could do in rehearsal, I was so worried about having enough time for this huge role—Konstanze, the hardest thing I’ve ever sung—to sink into my body in time for the premiere 11 days later. I was feeling like my own standard for myself had doubled even since the start of rehearsals, when I began to realize that I was still a beginner in this devilish part that stymies so many sopranos; like my voice and body could never meet the seemingly impossible demands of this role, and of this career, as I began to understand them; that I could never be good enough; that the best I could give was still mediocre. I was letting emails and administration for all my other work slide, giving myself the excuse of illness and preoccupation, and I didn’t know how I would ever catch up with it all. The only outside work I could manage was putting together a few audition videos and applications for other productions and summer festivals, emailing agents, and generally trying to keep the momentum of this Konstanze moving past the next half-year, even though I still had no idea how I would fare in the actual performances. I felt that everything was on the line; that I was faking it professionally; that anyone reading my emails would figure out quickly that I wasn’t all that great; that anyone who came to hear the performances would be disappointed; that winning a competition by singing the most famous aria from the role didn’t translate into performing the whole piece successfully.

Of course, in moments of calm lucidity and objectivity, I don’t believe these things about myself. I know that very challenging roles take a while to master, that the only way to learn is by having experience singing them. I know that many people already believed in what I was offering and that I had already done work I could stand behind. But I also know that nearly every performer has this intense and soul-eating kind of anxiety sometimes, or most of the time; and at that moment in Clermont-Ferrand, it wasn’t only baseless anxiety. I was also experiencing a seismic, and permanent, shift in expectation. I was suddenly seeing a chasm open up between everything I’d done in the past and what I needed to demand of myself in order to truly work at a higher level, the level needed for this immensely difficult work.

It’s interesting to remember all this a year later. I’ve blocked out that pain to some extent, because in the end, the work of 2018 was successful. I recovered from the cold and managed Konstanze just fine in Clermont-Ferrand, a supportive and small theater where I did feel, finally, that the best I could give was valued. The role began to feel better, less risky, as the spring went on and I performed it in different places, and I felt truly comfortable in it by the final performances in May. The administrative work I let slide during those weeks didn’t, of course, bring anything crashing to a halt; I eventually found my way back to it, with apologies for the late reply. A lot of people ignored my emails or didn’t give me the jobs I wanted, but some people took notice, liked what they saw and heard, and hired me for other work. An agent I hadn’t sought out happened to hear one of the performances, was impressed, and offered me representation. Every audition I performed this year received positive feedback, even when it didn’t result in a job.

At the end of the summer, I turned my attention to the Damask album, and that’s occupied a huge part of the second half of 2018. It’s funny to realize how many parallels to the opera work-process there are with that, too—feeling like it can never be good enough for some unreachable standard of perfection, like the work can never be finished in time for these externally imposed deadlines, like we’ve suddenly and without proper preparation thrust ourselves onto too big a stage. But in the case of the album, too, we have a result that I’m very proud of. It’s been positively reviewed, it has brought many people pleasure, and it points our way forward artistically—we made deep and significant progress as a result of that very intensive work that we couldn’t have made without it. I can see more easily now that the recording captures a point in time and process, rather than being a definitive endpoint—just like everything else.

So: I have tangible results at the end of 2018, results that didn’t seem possible at the end of 2017 or any year previous. Why am I still so happy to close the door on this year? Because even after the opera, even after managing every one of the challenges I’d set myself, I still haven’t solved my stress and feeling of inadequacy, my fear of letting people down and wasting my own and others’ time. These feelings come to me in moments of vulnerability, when my rest or health (mental or physical) are compromised for any reason. They lead me to over-schedule myself, to try to pack my time full to stave off fear. I undervalue unstructured time, which ultimately is also time needed for the work—to prepare, to think creatively, to rest, to assimilate, to recharge. My goal for 2019 is to try to stop fearing that anything but 200% of my energy and effort is not enough, to try to accept that the work I’m doing already is good; but also to face the fact that my standard for myself has indeed risen vertiginously, and that meeting this new standard will require significant change in how I spend my time. I can do vastly better work and preparation when I am rested, and I absolutely MUST allow more space in my planning (which means holding periods in the calendar clear–periods that still look to me now like worrying holes) for that work to not be rushed.

In these last few days of the year, I have been practicing for short, deliberate periods each day. I have some big stuff I’m preparing for, including trying to swallow two huge orchestral song cycles by Dutilleux and Berlioz that I will perform in Glasgow at the end of January. These are magical pieces and it will be a huge pleasure to perform them—IF I let the pleasure come through the details and flow of the work, rather than being motivated more by fear of failure. When I have space in my mind, I can repeat a phrase a number of times and see what glimmers of imagination and heart I can encourage out of the physicality of the singing. I can let the music and the text breathe vulnerably and imperfectly, like a human being. I can see how I can fit myself, like a puzzle piece, into the matrix of sound and time, without the worried ego taking up all the room. I can simply be, knowing that this weird thing that I do as a job, this controlled exhale hitched to an impenetrably mysterious mental process, is valuable.