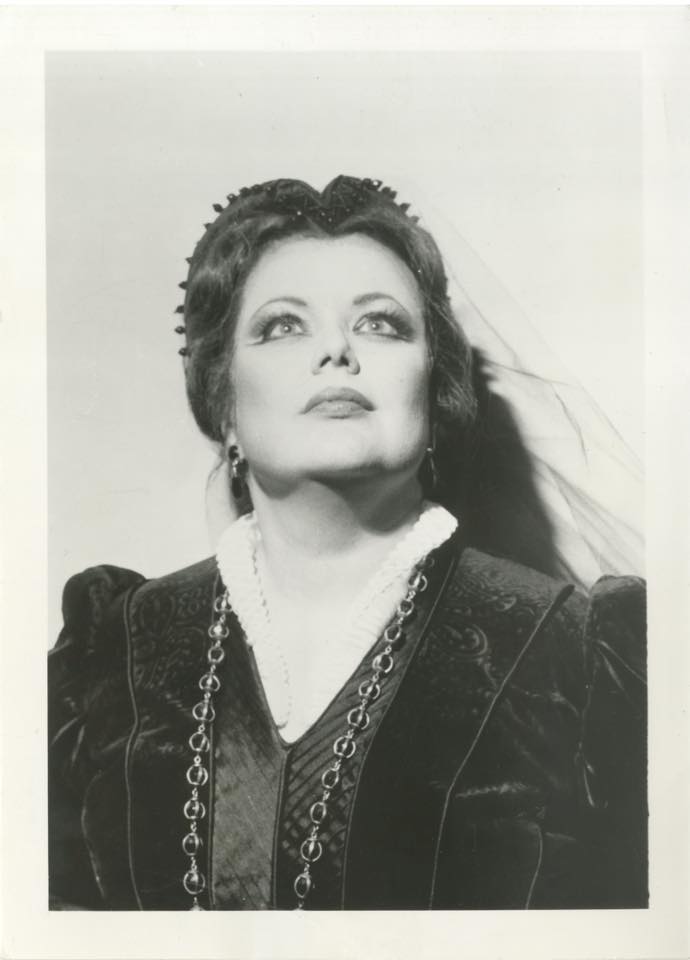 I was shaken to learn last night that soprano and legendary teacher Ruth Falcon has died.

I was lucky to study with Ruth at Mannes for three years. She was an exacting technician, a force of nature, someone who could be both boundlessly generous and terribly difficult. Although we haven’t been close in many years, it’s hard to believe she’s gone.

I remember our first lesson. I had been accepted to Mannes and was trying to decide on a teacher. Ruth worked me hard for an hour; I felt things unlock that had never been free. The feeling was physical and thrilling, and the resulting sound was one I had never heard come from my own body before, unstable, full of color. After I breathlessly thanked her at the end of the lesson, she told me with satisfaction that she had heard something teachable in my high C during my Mannes audition. Nothing else was good yet, she hastened to add, but we could build down from that pitch. It was my first squirming encounter with her notorious directness, but the thing was, we DID build down from there. In the next year or two especially, she gave me technical tools I am still using.

She cared intensely about singing. She worked in Europe for some years and sought out instruction from anyone she thought she could learn from. I remember her eyes filling and her voice becoming uncharacteristically quiet when she talked about her studies with Régine Crespin (who I had to look up afterward, never having heard of her). Ruth’s endless technical curiosity was focused on optimization of sound and physical effort, and she was uncommonly skilled at clarifying and strengthening others’ voices.

When we met, I truly didn’t understand the concept of sung legato as a physical and emotional approach to music. Singers and opera fans understand legato to be a unique commitment of body and soul to a sung line, which becomes an uninterrupted conduit of emotion. I had learned that legato was a marking in musical notation, the opposite of staccato, one of many possibilities for articulation. We butted heads over this. She seemed to think that I was willfully ignoring her attempts to explain, although I was simply coming from a completely different background (ensemble singing and Baroque phrasing). I found it almost impossible to change my physical habits of expressivity to match an aesthetic that was new to me—I had been singing the “old” way for my whole life. Once she said in exasperation that I needed to go away and listen to Caballé for a while if I wanted to understand. I dutifully went to the Mannes library and checked out a few CDs, but in my ignorance I unluckily happened on recordings from the very end of Caballé’s career, and she didn’t sound legato at all—not mentally, not physically, not musically. I told Ruth this in confusion at my next lesson, and she laughed disbelievingly in my face. I wish I had probed more. I wish she had tried harder to explain, instead of writing me off as a disrespectful little heathen.

Still, she managed to teach me. I remember the physical excitement of singing a phrase with her, her blue eyes wide and unblinking as I crested a high note, her smile huge when something went right. I remember trying to understand how she was hingeing her jaw so effortlessly. I remember being pulled over to observe the looseness of her own tongue and throat. I remember listening to her pop out high coloratura from a lounging position beside the piano (although she was a spinto, and not a young one) as if it was the easiest thing in the world. I learned so much in that Mannes practice room at the end of the fifth-floor hallway, and my voice began to grow in resonance and power. She was fierce; I wanted to please her, but I was stubborn; we found our way through the work anyway.

We misunderstood each other so many times. My lessons became painful as it grew clear how different we were and would always be. She unapologetically espoused the old school of operatic vocalism, which is dedicated to singing a small repertoire with absolute mastery. Now, I understand the rarity and value of what she loved, but I couldn’t see myself living that kind of musical life. Alongside my studies, I was putting together a “portfolio” career in New York, something that was marginalized in conservatory voice departments but is increasingly common and even necessary for many singers nowadays: I worked in professional choirs, I sang early music, I collaborated with composers, I bent my voice experimentally into every conceivable shape, I did session work. Ruth barely tolerated all this, because the hours I spent singing “wrongly” interfered with her teaching. She was right to be suspicious, although I have no regrets about how I spent my time. The fact that I made as much technical progress as I did, despite my wildly diverse voice use in those years, was a testament to the strength of her work and passion and the force of her personality.

That force could be painful, sometimes borderline abusive. After three years, we parted ways. I recognize now that despite our differences, we were fighting for the same things—we were on the same team. She dedicated her life to this art form; so have I. I’ve also come around to her musical opinions in many respects. I now find a true, emotionally-motivated sung legato to be one of the most beautiful sounds that exists. I’ve now accepted that no one can sing all music equally well, and that dedicating oneself deeply to a small repertoire can be as rewarding, and artistically fulfilling, as inhabiting many styles. I also know more now about how terribly personal teaching voice is, and what it can cost the people who do it every day. Of course it’s vulnerable to be a student of singing; everyone knows that. Now, older, I have a much better idea of how revealing and taxing it is for both sides, how much she poured into it at her best moments. I understand now how much she cared, how that could muddy boundaries, and how that could sometimes go wrong.

Ruth gave me, and many, so much. She was both a link to the storied traditions of the past and an absolute individual. I thought for a long time that her dedication to one type of repertoire was a judgment of my own musical curiosity and broad taste; it wasn’t. She would have been completely unsurprised to know that this week, I am practicing Mozart, Schubert, and Elvis Costello. She would have been delighted to hear that Sam (who learned to love opera by playing in her studio lessons) and I recorded Saariaho and Messiaen together this summer, and that her name came up plenty of times in the course of the work.

I wish I had told her.

Listen here to a glorious excerpt from Trovatore, if you’d like.