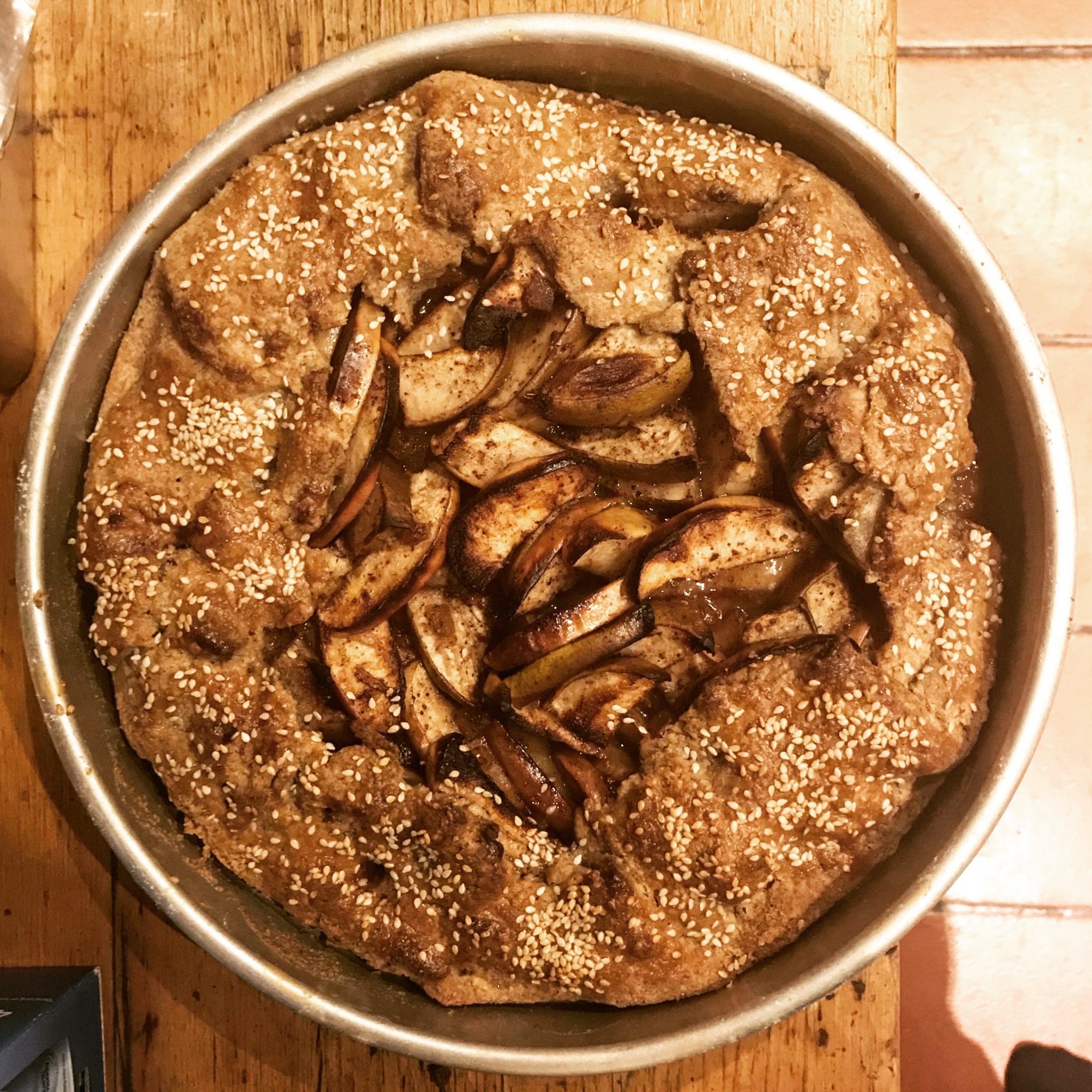 thoughts on an itinerant Thanksgiving

Happy Thanksgiving from me, an immigrant.

Or am I an expat? There’s a huge difference in connotation between those two words. The word “expat” usually implies a temporary state: a state of privileged displacement for a period of months or years, a chosen state of non-integration. Expats might have gone abroad for an interesting job; expats don’t always bother to learn the local language; expats only hang out with other expats. Some people start off thinking of themselves as expats but stay long-term. Some who thought they were moving permanently actually find the transition to a new place too difficult, and return. The word “immigrant” is often used negatively, unfortunately, to otherize people who flee dangerous or hopeless circumstances and try to improve their lives somewhere else.

I’ve lived in the Netherlands for more than seven years, and I’ve gone through multiple bureaucratic processes at the IND (Immigratie- en Naturalisatie-Dienst, the Dutch agency that processes foreigners trying to settle in the Netherlands). I’m an immigrant in the eyes of the law. I wasn’t forced out of my home country by oppression or war or danger, thank goodness, but I am originally American, and now I live in the Netherlands, and I plan to stay. I applied for dual citizenship when that became possible, and now I am “Dutch-American soprano Katharine Dain,” a phrase I put at the beginning of my bio to indicate both my hireability throughout the EU as well as an aspect of my identity. Artists are sometimes put idealistically in a different category—citizens of the world, drawing inspiration from everywhere, etc.—but whether we study abroad (as I did in London from 2004-06) or permanently relocate (as I now have), we’re still immigrants, or expats. We still submit our paperwork at the IND like every asylum seeker. We still grapple with feelings of cultural displacement, loss, and loneliness, and never more so than around the holidays.

I try to stick up for immigrants. I haven’t experienced the suffering many have, of course. But since I can speak from a place of privilege, I always try, when given the chance, to explain that it’s really hard to move to a country you didn’t grow up in. And I made the change by choice! Anyone who has ever moved abroad will tell you that no matter how great the new country is, no matter what benefits and joys are found there, changing countries also causes deep-seated feelings of loss. We have lost a shared cultural frame of reference with those around us, and the comfort of other people automatically understanding our codes and body language and hints, and hard-won adult knowledge of how to get by logistically from day to day. Immigrants face daily the challenges of learning a new set of systems, expectations, behaviors, social cues. Friendships made in a new place take on an outsized importance, because so little around us feels familiar. Even if we don’t stay long, there’s a different kind of loss waiting when we move back home: the loss of innocence about where we grew up. Living abroad, we’re forced to reconsider our assumptions and see our culture as an outsider does. If you’re American and you’ve spent a few Thanksgivings away, you may solemnly vow that you’ll never take pumpkin pie for granted again, but you also may feel awkward whenever someone asks about the origin of the holiday, because it becomes impossible to ignore the fact that we’re celebrating a genocide, and that American history is defined by genocide. We eat and drink ourselves silly on the last Thursday in November to celebrate how European settlers deprived the only American non-immigrants of their lives, livelihood, land, and personhood.

Nonetheless, Thanksgiving was my favorite holiday growing up. Troubled origins notwithstanding, these days it’s devoted to food, comfort, and good company. Being away has only strengthened that feeling even while making me aware of the hypocrisy of our nostalgia for it. My first two Thanksgivings abroad were in 2004 and 2005 in London. I remember cooking both dinners in ill-equipped tiny kitchens with Leat, Suzanne, and Tania, fellow Americans studying at Guildhall and living in the student dorms. I remember introducing friends and flatmates from other countries to the excesses and absurdly strong feelings associated with this meal. That first year, after the whole meal was cooked, I tossed some leftover cut apples in a dish with some flour and oats and butter. I stuck it in the oven on low heat and forgot about it until two hours later, when dinner was long over and we were all stuffed. Remembering the apples suddenly through a fog of contentment, I jumped up from the table, thinking they would be beyond burned. But that makeshift apple crumble, the dessert to our dessert at Sundial Court in November 2004, was the most delicious thing we ate that night—because of its long slow bake, but mostly because in the meantime we’d enjoyed the unwinding of dish after dish, the oranges and reds and greens, the swapping of stories of each other’s loves and traditions, too much wine, laughs over small cooking failures. That crumble tasted so good because over the course of the evening, the confusion and snatching away of identity we all felt, as newcomers to a huge uncaring city like London, had begun to settle slowly into the warm, sweet crevices of good company, like the juices of apple and sugar slowly caramelizing down to a rich amber in the bottom of the chipped ceramic baking dish bought at a junk market in Old Street.

I know a lot more about myself now than I did then. I can look back on all these celebrations abroad, every pang I ever felt at being away, and know that I would never trade it in for an unbroken string of holidays at home, not ever. If I moved back to the U.S. now, I would feel equally strong pangs of missing people in other cities and countries. I wouldn’t be half the musician and performer and artist and person I am without all this soul-searching, all this wandering, all this exposure to the new, that I’ve subjected myself to for decades. My heart no longer belongs to one place or set of traditions. It belongs instead to the diaspora of North Americans around the world and the people who love them, and to all the curious and good-humored friends in other countries who gamely agree to contribute a dish to this strange, excessive celebration they hardly understand, and to meals I have shared in every kind of kitchen, and to all the ways we find of trying to make ourselves feel comfortable and safe and warm when circumstances are stacked against us and we are terribly lonely.

Today, Thanksgiving 2019, a full fifteen years after my first Thanksgiving abroad, I am in London again. I’m preparing for a recital with dear friend Maggie Cole on Saturday. This morning, we rehearsed some glorious Gluck and Poulenc and Ravel before parting ways—she to teach, me to make a dessert for tonight’s little dinner. I planned to make an apple pie, but it turned into a free-form apple and pear galette. I used to feel extremely protective, even rigid, about pie. (It’s hard not to when your mom’s apple pie is a platonically perfect food.) Now, I’m happy to adapt my approach to whatever materials, fruits, grains and butters are closest to hand. The galette looks pretty great. I’m excited to share it later with a few people I’ve known forever, plus a few new friends.

Mostly, I’m feeling exceptionally grateful to spend a holiday doing work that I love in a city that continues to inspire me, although I no longer live here. The day will be filled with plenty of texting and social media and video calls (all technologies that were in their infancies in 2004, my first holiday away) with dear people in a number of countries. It goes without saying, of course, that there will be plenty of good eating and drinking, whether the food is traditional or not.

Happy Thanksgiving, whoever and wherever you are. Hug an immigrant today.