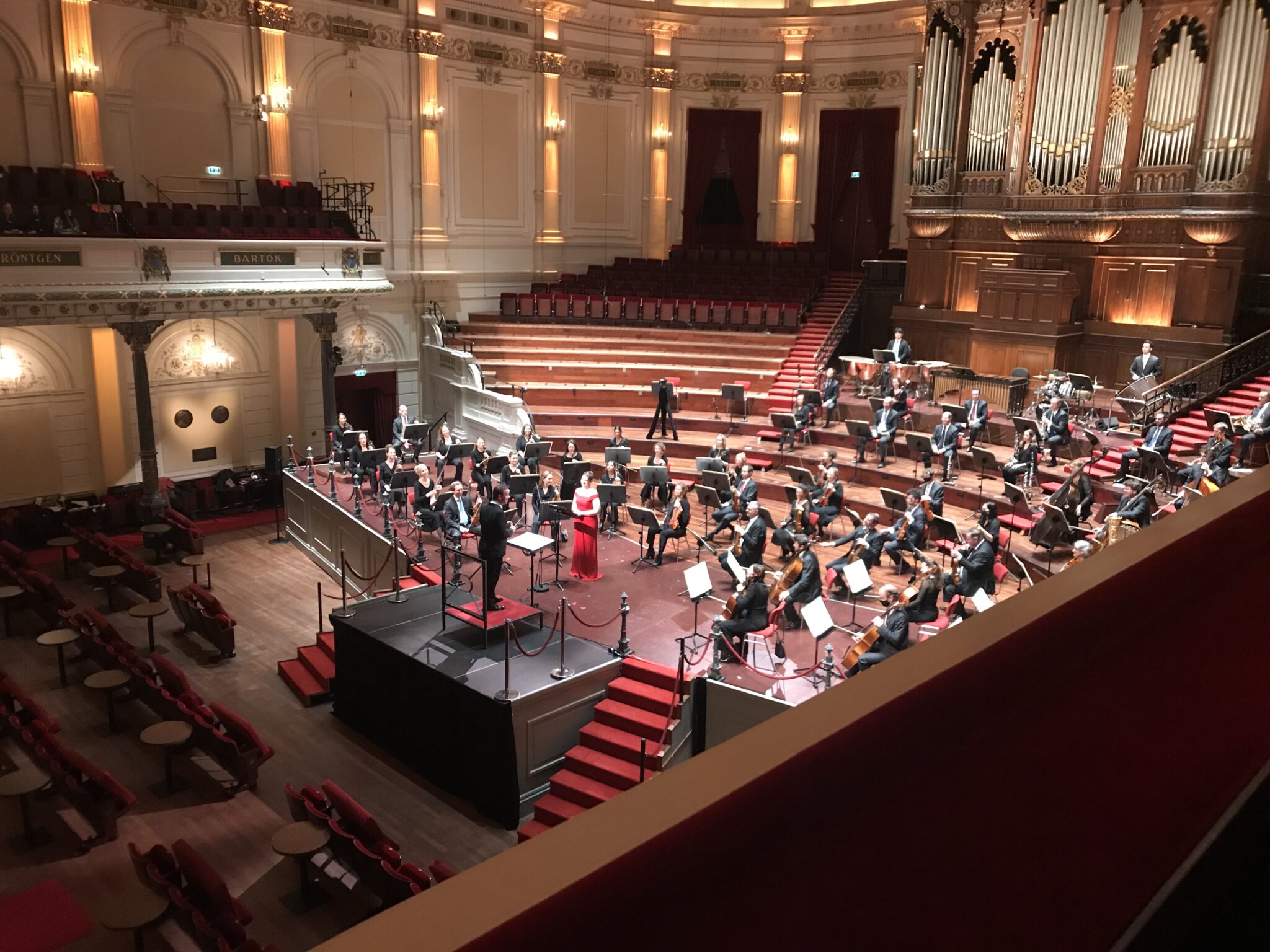 I was honored to step in this week as soprano soloist with the Concertgebouw Orchestra, one of the world’s greatest. A colleague had fallen ill just before the planned premiere of a piece by Bram Kortekaas. I was contacted on Sunday afternoon: could I learn the fourteen-minute score immediately? Would the piece be a good fit? Was my command of Dutch language good enough? I had worked once before with Antony Hermus, the wonderful conductor of this all-Dutch program, but the orchestra didn’t know me, and I know perfectly well what a risk it is for management to make a call like this at the last minute.

I looked through the score: some high Cs and Ds, some lowish notes, some quick tempi and big intervallic leaps, some lyrical passages, lots and lots and lots of Dutch. I called my friend Manoj, who promised to help with the text. Manageable. I took a deep breath and responded: Yes, I can do it.

The next few days were a blur.

Monday night: a piano rehearsal with the conductor and composer. Tuesday and Wednesday morning: rehearsals with the orchestra. Thursday: a filmed dress rehearsal and (non-public) concert. Today, Sunday, the result will be streamed from the orchestra’s website and Facebook page.

It was a very 2020 way to make such an important debut, but it was a complete thrill, every minute of it. The sounds these players can make are some of the most beautiful sounds I’ve ever heard, and I got to stand in the middle of it and spin out my own sound on top. The piece is a kick, very funny and theatrical and virtuosic; the end is pure Straussian lyricism. The orchestra, individually and collectively, was so kind to me. Antony and Bram and the management were extremely relieved and pleased. It couldn’t have gone better.

Eventually, this will sink in.

Watch an excerpt of the piece below.