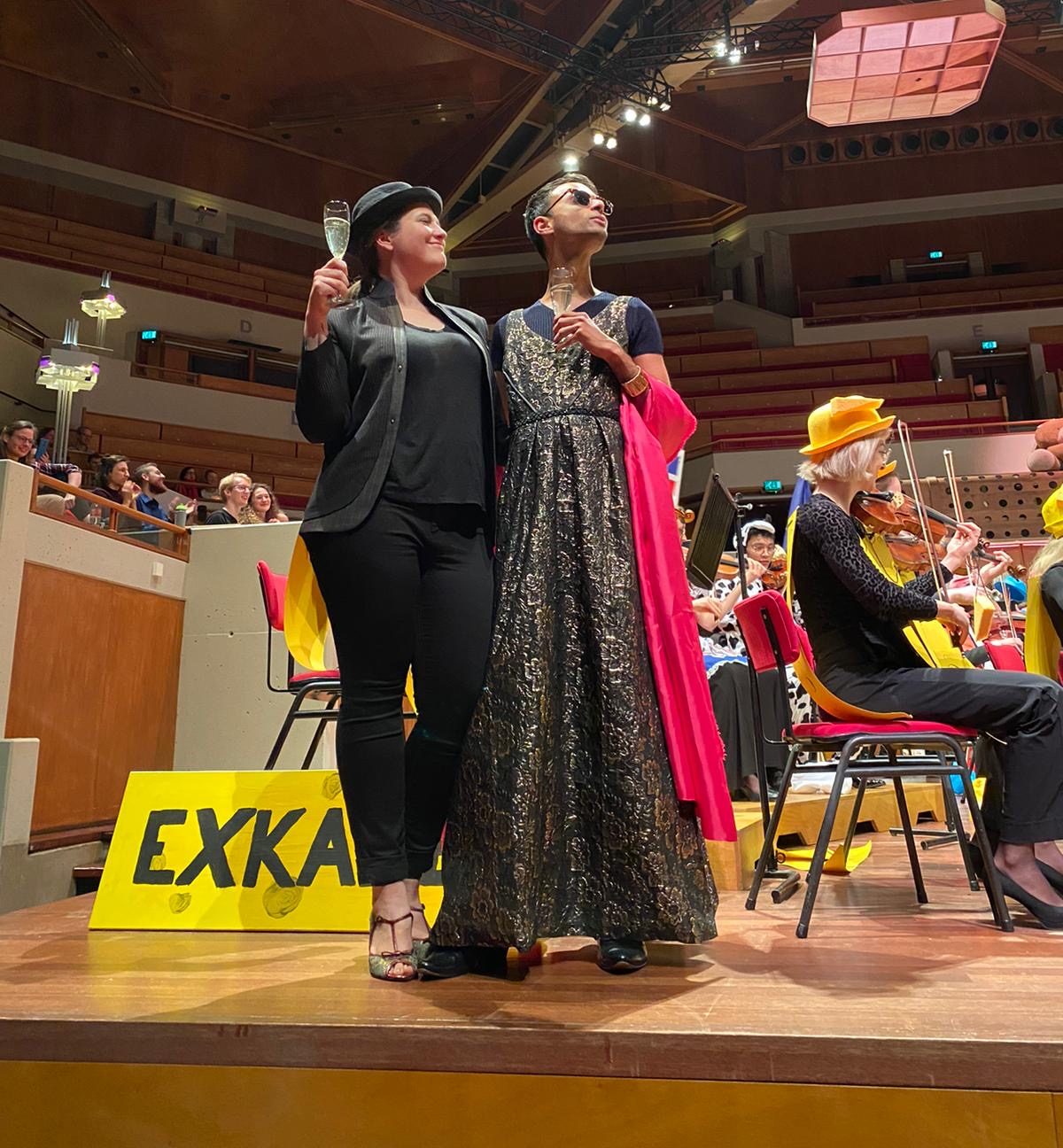 Wagner & van Veldhuizen with the NSO

I’m so grateful to have been involved in the 2020 Nederlands Studenten Orkest tour of a concert program fittingly titled “Extase,” which closed Sunday night to massive fervor in the Grote Zaal of Amsterdam’s Concertgebouw. The orchestra (made up of all university students, approximate ages 18-26, led by Manoj Kamps) worked for four weeks, I for three, with an intensive rehearsal period followed by 13 concerts in 15 days. It was exhausting, it was massively stimulating, and it was incredibly fun. It was my first time singing Wagner, the Liebestod from Tristan und Isolde; the kids of the orchestra made that a safer, more exploratory, more joyful experience than it might have been in another context. (I’m definitely a lyric soprano, not a dramatic or Wagnerian voice, but with this group, and this conductor, I didn’t have to worry about balance or Fach or long-term implications: I could just focus on making the most sublime, rapturous music I could, with everyone in full support.Judge for yourself below, where I’ve posted the recording, if you’d like.) And we built an exciting new piece from scratch: Rick van Veldhuizen’s unde imber et ignes, which I loved discovering and singing. Keep your eyes on his name, everyone—Rick is a star.

I also got to listen to Stravinsky’s Rite of Spring more often and closely than ever before, as that was the concert’s second half, and the encore—a raucous arrangement of “I’m So Excited” in which everyone changed into silly outfits, including Manoj and I, who switched clothes, he into my dress and me into his jacket—brought down the house every night. It was an honor and a joy work and play so hard with Manoj, one of the first people I met on a job in this country, one of the loveliest conductors and people imaginable. Rick is a new friend, but one I’m delighted to know, and the kids of the orchestra inspired and moved me daily.

If you’re curious, feel free to listen back to recordings made live from Utrecht’s TivoliVredenburg and broadcast on Radio4: Wagner Liebestod and van Veldhuizen unde imber et ignes.